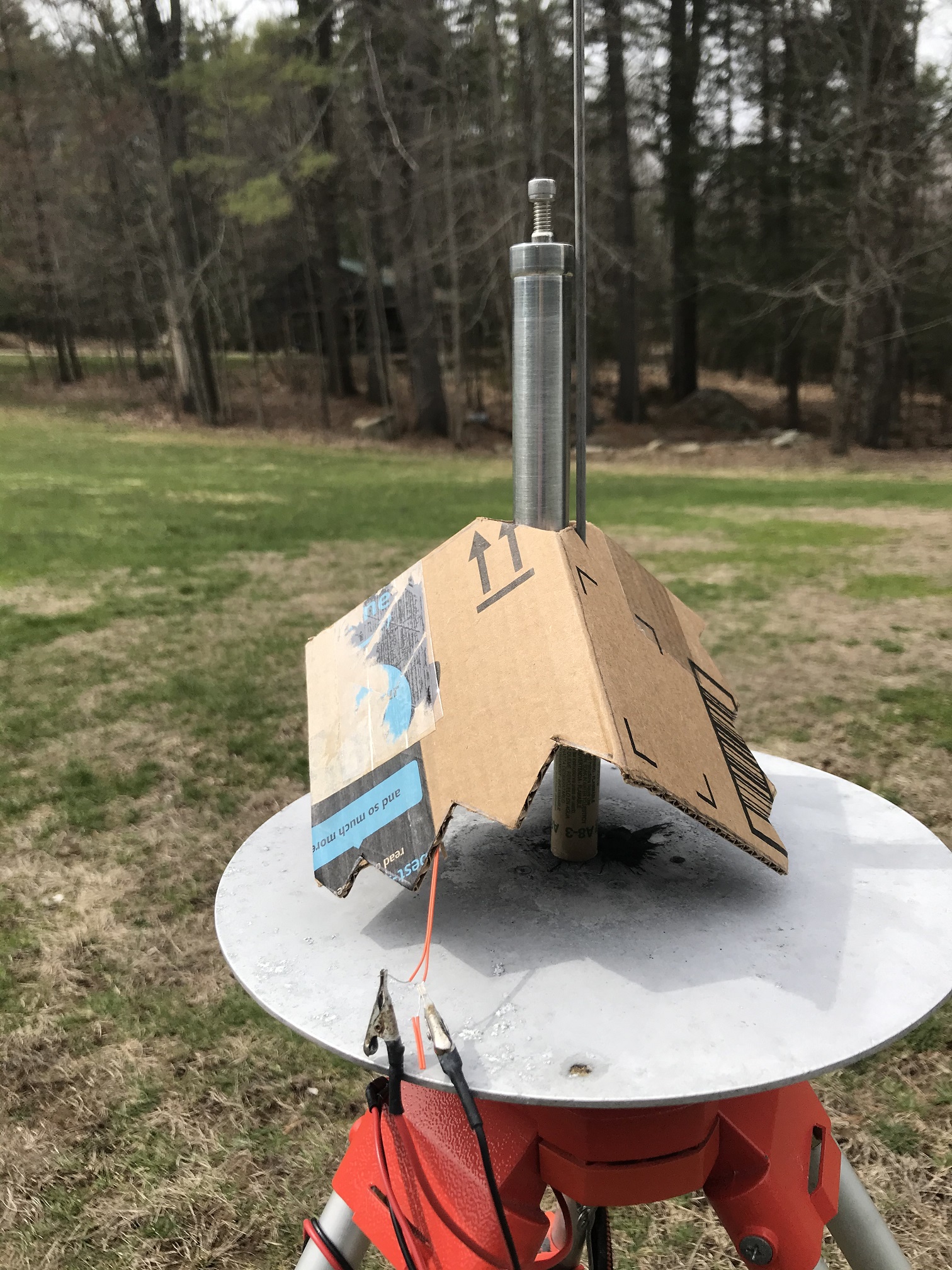 I recently had the change to put my micro hybrid rocket through a real launch. This motor does not have an ejection system, I needed a unique design with a tumble recovery or needed to further compilate the first launch with a separate system to manage recoverying. Since it was my first flight of the hybrid motor, I decided to go the simple route and utilize a design with Tumble Recover, so no ejection charge or parachute would be needed. Art Applewhite has some excellent designs which are available for free. I used his Priority Stealth design and scaled it down slightly to fit the unique hybrid motor. (And instead of using a Postal box, used an Amazon Prime box...well, because I am a mellenial and have lots of Amazon boxes but not many post office boxes...Guess you could call this a Prime Stealth!) Since the hybrid motor is longer than traditional black powder motors, it was sticking out of the top of the airframe. This actually aided the arming of the nitrous oxide cartridge as I had easy access to the arming screw. 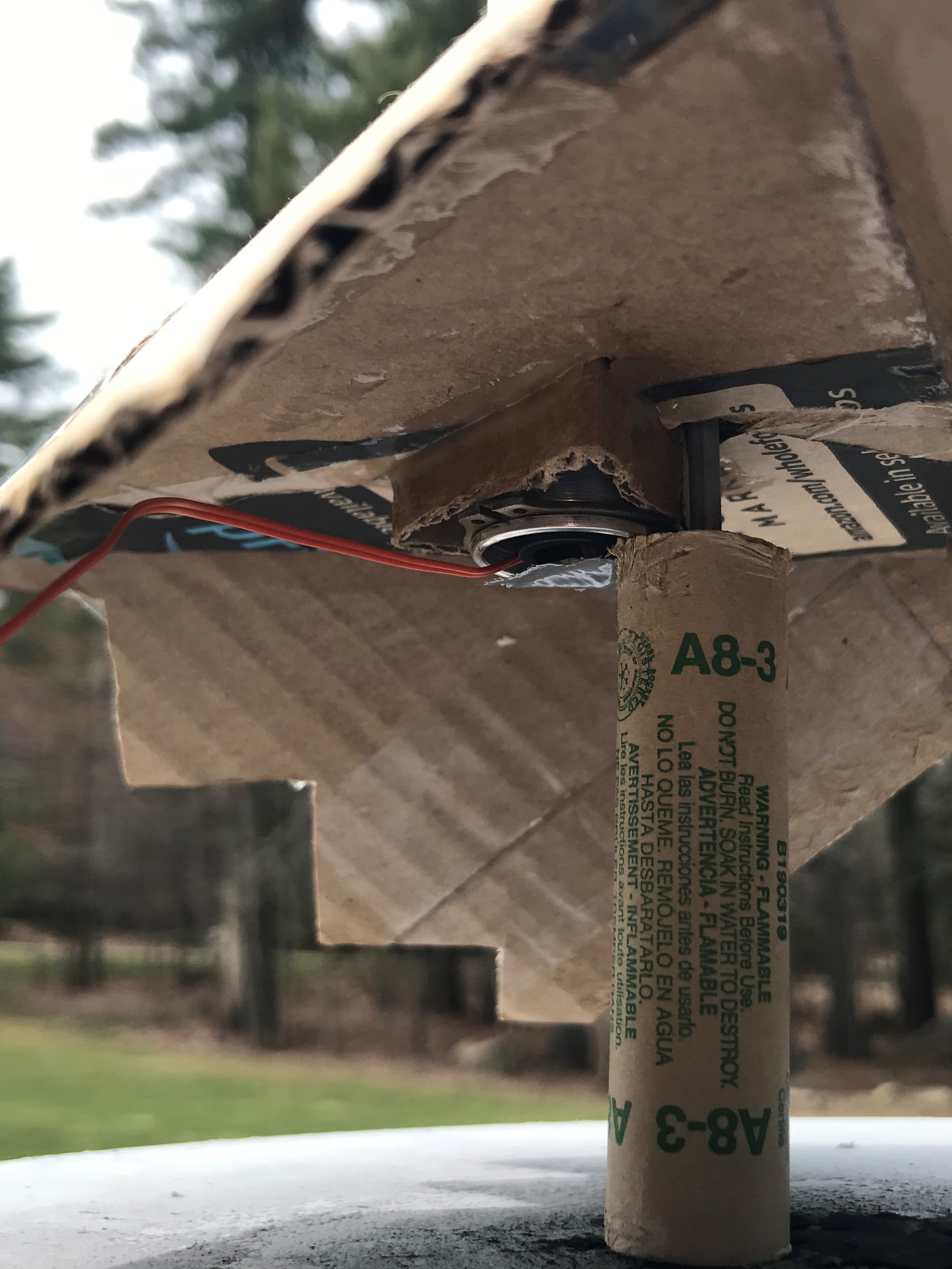 Due to the unique geometry of "Prime Stealth" and need to keep the long ignitor wires securely in-place, I supported the rocket on a spent Estes motor casing. A little tape ensured the ignitor stayed firmly against the pre-heater grain in the motor assembly. Make sure you also don't carry any tension in the electrical wires you connect to the ignitor! (Or allow the aligator clips to touch the metal blast plate!) As you can see from the photo, the setup took a minute or two to get adjusted properlly -- a nerve wracking 2min with an armed nitrous container in the engine! 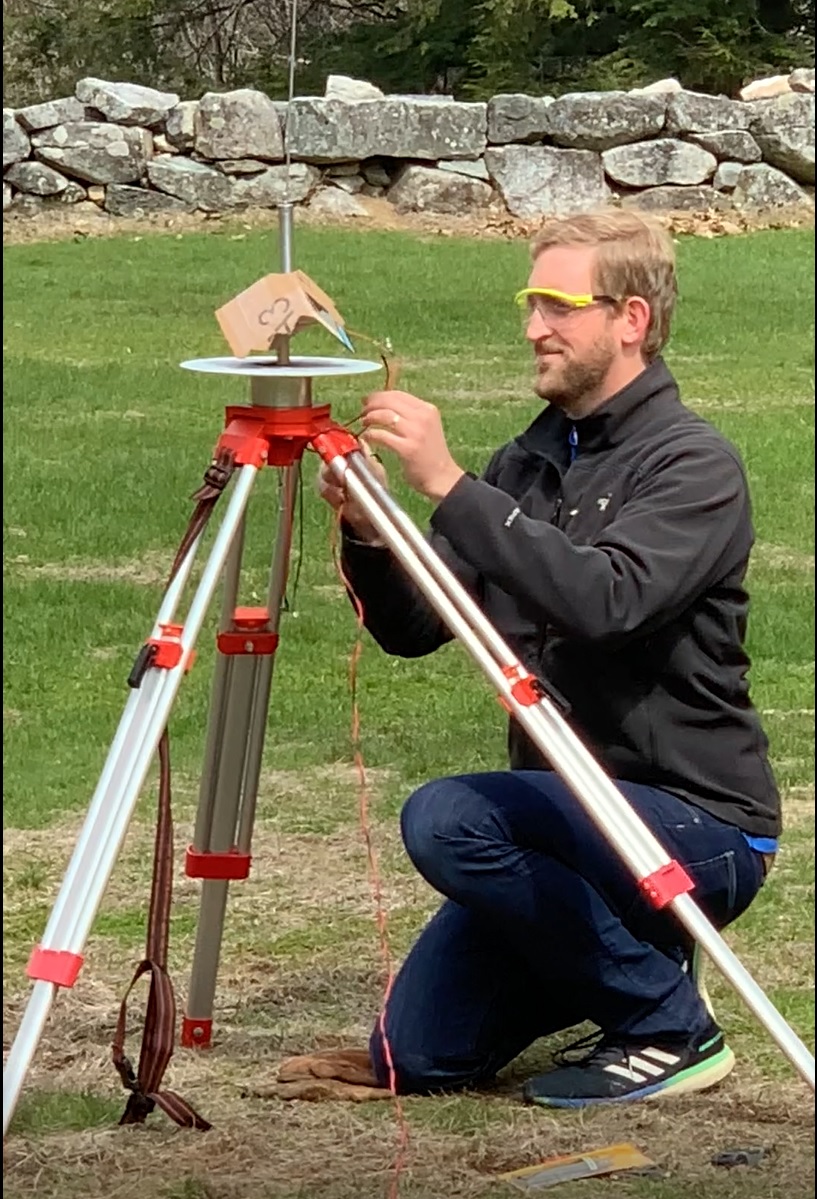 Finally, everything was ready! I checked continuity, started a countdown from 5, then pressed both buttons and held them down. It took a second to register if the motor had started. First there was a hiss with white smoke, then a louder hiss as the preheater grain burned, followed up a white-yellow flame and roar as the motor started burning the acrylic fuel!
The rocket lifted off the pad spinning almost immediately upon gaining speed. With minimal wind that day, it went straight up, about 150 feet, then slowly turned over and auto-rotated back to impact on the grass. 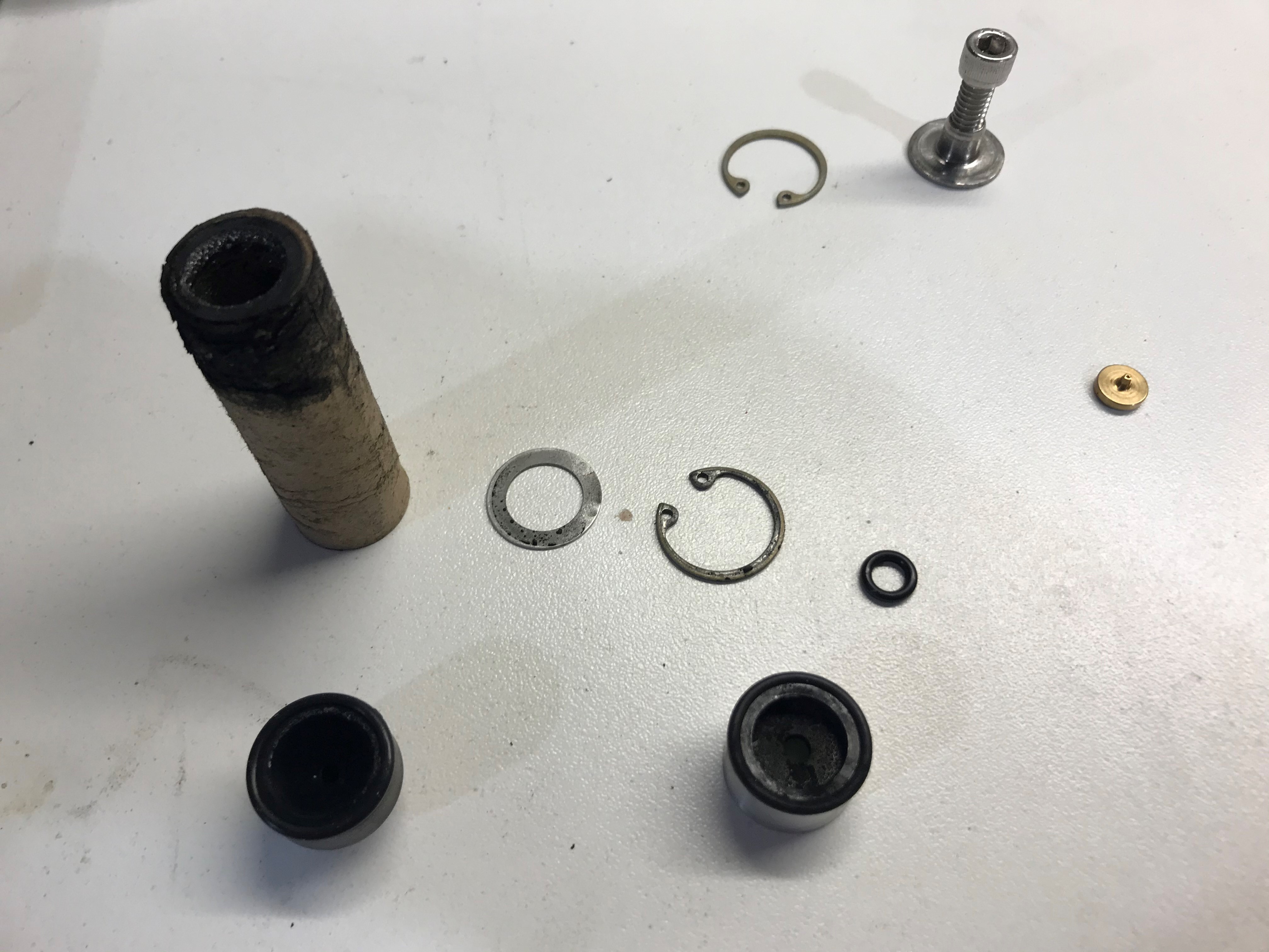 Overall, the launch was very exicting! Between the slow ignition sequence, the differnt woosh of the rocket lifting off the pad, and relative ease of using the hybrid motor were all very enjoyable. The rocket and motor sustained no damage in the flight and impact on the soft grass. A brief examination of the motor consumables revealed a nominal burn pattern and post-burn-mass of the acrylic fuel grain (12g for flight, 9g post-burn), howver there was some outer grain paper burn for hot gases leaking by the o-ring. I suspect a tighter paper wrap next time and smoother outer grain surface would help. (I rolled too much paper onto the grains during initial manufacture, so I had to peel off a wrap of paper glued on. The 3M 77 spray glue held well, so it caused a rough exterior of the grain.) Very good hole in the burst disk, showing a good pre-heater burn.

While I had consumables for two flights, I only launched once that day not wanting to exhaust my good luck! The flight was perfect, enjoyable, and I look forward to the next stage -- flying a real rocket shape with an electronic-initiated deployment of a rocket recovery system. Stay tuned for future flights! In the meantime, videos linked below. Both shot on an iPhone X. One provided in slow motion to see the lift-off and another provided at regular speed. Enjoy!